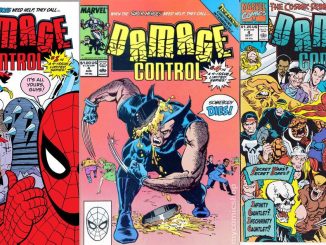 I’ve collected comics for a long time and have always wondered why superheroes aren’t slapped with all sorts of charges, such as disorderly conduct, destruction […]

My father often faced difficult moral questions posed by us kids — you know, like “Dad, why don’t you just tell the neighbors you don’t […]

In college at SUNY Brockport, I lived in a dorm with four other guys and we would frequently play a game called “Caps,” wherein you […]

This is an invitation to the New York premiere of RoboCop 3. It is basically a normal post card. The back included screen credits like […]