A look at the role-playing game from TSR based on the Buck Rogers franchise. 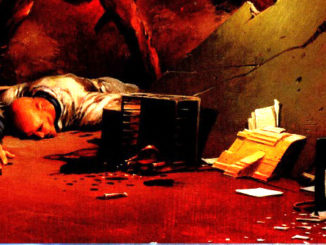 “A Matter of Gravitol” is an adventure module written by Dale “Slade” Henson for the Buck Rogers In the 25th Century XXvc role-playing game. The […]

In 1990, the makers of Dungeons & Dragons had a new game ready to unleash upon the world. The new RPG offered a new look […]