First appearing in Amazing Man Comics in 1941, the heroine known as Super Ann is described  as a somewhat dainty superhuman who is cleverly assisted […] 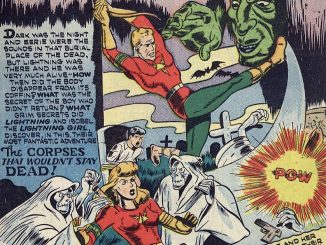 Here’s another Public Domain character makeover. This time, Comics on the Brain turns to Lash Lightning from Ace Comics! Lash began his crime-fighting career in […]