“Hey, Skinny! Your ribs are showing!” — Israel “Mac” Waldmann had heard it all. This insult — and a savage beating — made a man out of little Mac. Backed by the secrets of the gods, he transformed into the Hero of the Beach! Well, not just the  beach. Our hero I.W. Atlas stands for justice everywhere! If you are a fan of I.W. Publishing and the properties of the public domain, we urge you to read on … 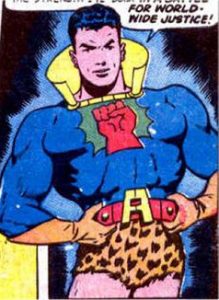 The concept of Atlas as a superhero has been around for a long time, and it made perfect sense that I.W. Publishing decided it needed its own Atlas character. After all, almost every kid knew who Atlas was. He was a character from Greek legend that had the strength and stamina to hold the entire world on his shoulders. Just as likely, any kid who got his hands on a globe at school could hoist it over his head and claim the mantle of Atlas! Like we said, it’s a great concept for a superhero.

But who was I.W. Publishing’s Atlas character. Here goes:

Recovering from a beatdown, a man named Jim Randall was visited by the Titan-God Atlas and bequeathed with the ancient knowledge of secret exercises to turn him into the super-strong and super-invulnerable Human Atlas. After adopting a costume with cheetah undies, the  superheroing soon ensued! 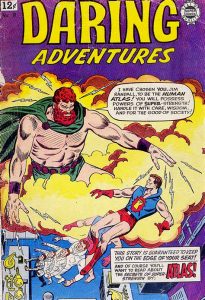 Unfortunately for I.W. Publishing, their Atlas was just as forgettable as many of the other characters of comic book history. After making his debut in Daring Adventures No. 18, he never appeared again in a comic book. By this point, the character entered into the Public Domain. That, of course, makes him ripe for a redesign! That’s just what we did!

According to one source, this I.W. Publishing Atlas may have been somewhat inspired by the Charles Atlas story, so why not amp that up to 11?

Israel “Mac” Waldmann, a lowly file clerk in the U.S. Historical Document Agency in Boston, was never anything more than a nerdy bookworm. All his life suffered put downs and beat-ups. After a terrible bullying incident, he dashed to the only place he knew he could hide — the dusty aisles of the HDA storage facility.

It was at that moment when he spotted a locked box — one that he’d never seen before. Hoping to distract himself from his self-hate, he broke it open and looked inside. There sat what he called “the Golden Manual.” This tome glowed with power and magic. He opened it, and the book shot out a beam of light that flickered to life in his brain.

As he flipped from page to page, he gained the knowledge of the ancient Greek Titan-God known as Atlas. The Titan’s ancient knowledge filled page after page —  secrets of vitality, strength, stamina and invulnerability. Through special exercises — both physical and mental — the secrets became his own!  Now, Israel Waldmann need only to invoke these secrets to be  empowered with super strength, hyper invulnerability and never-ending stamina! And with these powers, he fights threats to the innocents of the world as the Invulnerable I.W. Atlas! 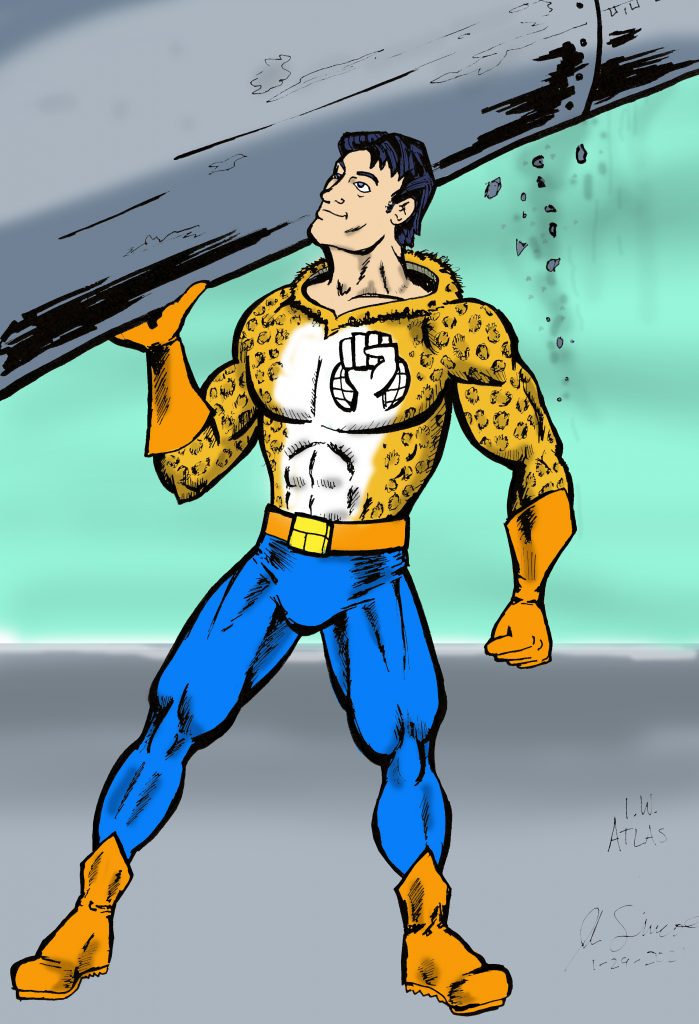 The I.W. in I.W. Publishing (also known as I.W. Publications) stands for the company’s founder Israel Waldman’s initials. As a tribute, we added an N and got Israel Waldmann.  We figure that our Israel didn’t want to take on a superhero moniker that would get him confused with God Atlas, and adoped the ID of I.W. Atlas!

To make this look, we flipped the character’s color scheme — if you can call a cheetah pattern a color scheme! Yes, it’s a very garish design. Don’t worry — superheroes aren’t epitomes of good taste. Plus, this design is sure to look good on a retro comic page. To further add to this fashion-plate look, note that the shirt includes a hood that he can pull over his head. That adds something different, doesn’t it?

We also wanted to pay tribute for I.W. Publishing’s Atlas character — he seems to be inspired in some way by Charles Atlas, who has made healthy living and bully-busting part of his signature style. Merging the idea of an instruction manual to getting fit with the idea of gaining super powers, we now have I.W. Atlas!

What adventures await for I.W. Atlas? Only time will tell! 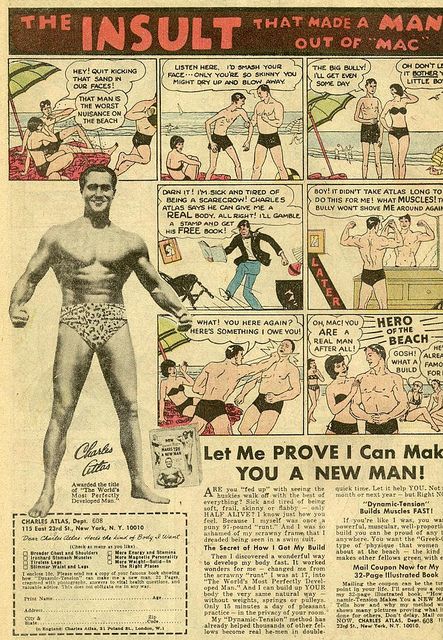 1 Comment on I.W. Atlas: A superhero born from the legacy of I.W. Publishing