We have to admit we’re not super-familiar with Spider-Man’s earliest adventures. Or, at the very least, his middle-early adventures. Comics on the Brain can rattle off the facts about a lot of his early adventures and how he met the likes of Doctor Octopus, the Green Goblin, the Enforcers, Electro and the Vulture. 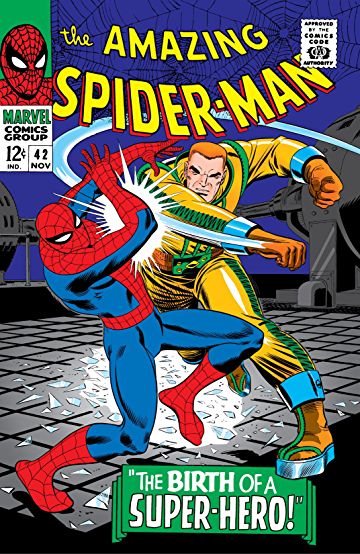 But a little later in the run — while still relatively early in the grand scheme of things — we’re a bit fuzzy.

That’s why it came to our surprise that the guy we only knew as Man-Wolf also had another moniker! Back in Amazing Spider-Man No.s 41 and 42, John Jameson, world famous astronaut and the man who would eventually become the lunar-loving Man-Wolf, had a short-lived stint as Colonel Jupiter!

Now, in our book, Colonel Jupiter is a great name. It’s just as catchy as Tom Corbett, Space Cadet; Buck Rogers or Flash Gordon. We love it and wanted to learn more.

After a little research, we uncovered the story of the heliotropic hulk! (FYI — We just made that nickname up)

The Story of Colonel Jupiter

While the son of the Daily Bugle’s head honcho was on a spacewalk, he was exposed to some sort of spore that greatly affected his metabolism. Astronaut Jameson’s mass expanded and he — well — grew muscles on his muscles! Yep, he became super-strong.

In fact, his super-strength was on the high end of the spectrum at the time, and definitely stronger than Spider-Man. The problem was that he couldn’t control this power and he turned to technology wiz Tony Stark, who gave him a strength-restricting getup called the Jupiter Suit. The suit worked, and his days of being a bull in the China shop came to a quick end.

The Jupiter Suit, however, didn’t completely wipe out his super-strength. In fact, it was still nothing short of tremendous, and J.Jonah saw potential in that. Following a hunch that Spider-Man was up to no good, his father convinced him to track down Webhead, and a titantic battle between Spider-Man and Colonel Jupiter commenced!

You can enjoy the Spectacular Spider-Man animated version of the battle here.

As unapologetic fans of Marvel’s other safety-suited superhero, Jack of Hearts, we can’t help but think that a match between Colonel Jupiter and Jack of Hearts would be pretty darn interesting. The two could battle it out to their hearts’ content until slowly, each hero found their safety gear is falling apart and they get more and more dangerous as the slugfest continues. Really interesting, if you ask us. Really interesting!

The Last Stand of the Jupiter Suit 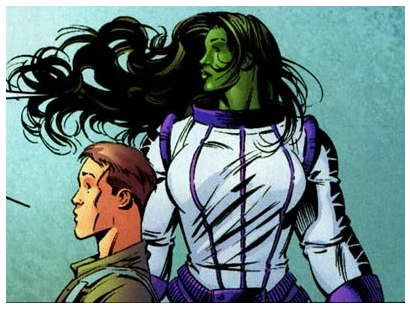 We haven’t tracked down the full story just yet, but the Jupiter Suit had another life much, much later. It seems that the She-Hulk used it for a short time to regulate her out-of-control strength. As with most things the She-Hulk wears, it got destroyed.

From Colonel Jupiter to Man-Wolf

Of course, John Jameson went through another change a few years later, he became Man-Wolf (and Stargod) when he more or less became a werewolf-superhero, but that’s a whole other story, and one that is far more well-known than his time as Colonel Jupiter.