They are foreigners in our heartland. They are hideous looking beasts with strange powers and mannerisms. Some believe them to be wildly intelligent and there’s a small colony of them living in Lancaster County, Pennsylvania. 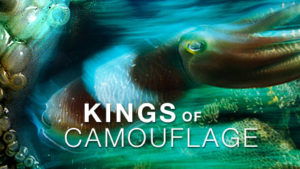 By chance Comics on the Brain managed to view PBS’s “NOVA: Kings of Camouflage,” an hour-long program about the amazing abilities of cuttlefish. Cuttlefish are part of the cephalopod class, a group that includes squid and octopi — arguably the most alien family tree on Earth.

The program focuses on the creature’s ability to change their skin color and texture at a moment’s notice. This ability intially let them hide from predators, but over time the creatures have learned to use it in hunting. Scene after scene shows them initiating a strobe pattern on their skin, which looks something like adjusting vertical hold on old TV sets, and using it to effectively hypnotize their prey. Their skin-warping doesn’t stop there, one experiment even shows a cuttlefish emulating a checkerboard.

Fascinating creatures indeed, but what might really pique the Average Joe’s interest is that part of the documentary was filmed at Lancaster County’s Millersville University, a landlocked area that sees more Amish than it does SCUBA divers. There researcher Jean Boal is studying her own colony of “aliens.” In particular, she’s testing their intelligence with complex mazes and conditional understanding. 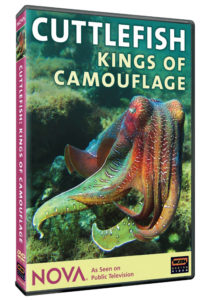 If you can, catch a repeat of the fascinating show or even buy your own copy of the show at NOVA’s web site.