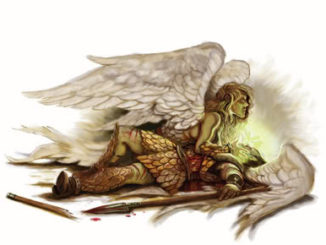 As RPG game players, the Comics on the Brain staff has still been playing the good old Dungeons & Dragons 3.5 edition rules (and the […]

A lot of pulp magazines feature a dashing hero as the main image. This is the sort of guy with a full head of hair, […]

The other day, Comics on the Brain sat down with Netflix to watch the greatest episode of “Amazing Stories,” the “Twilight Zone”-like series from the […]

Comics on the Brain loves role-playing games. There’s nothing more fun than sitting around a table with some buddies and delving into an imaginary world […]