Once again, I have started to feel guilty for not doing more on my “Relocating the Marvel Universe” series. I mean, I have every state populated, it’s just that I don’t get to writing the posts. I only need to write about twenty more or so, I’m practically there. 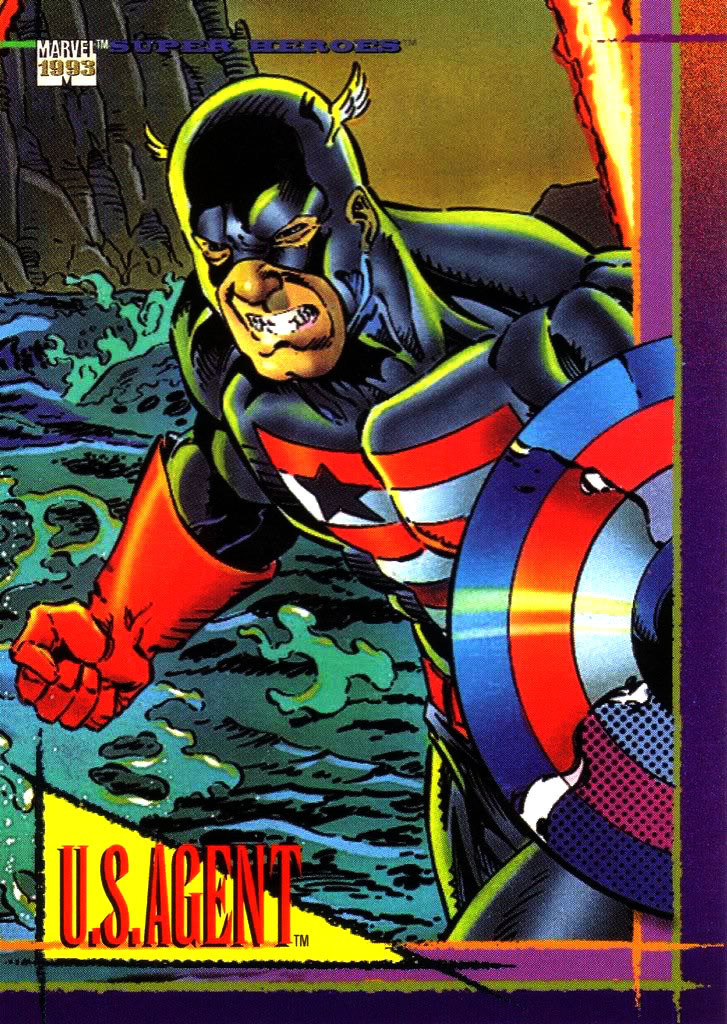 And yet I let things fall by the wayside. I apologize, Marvel Universe fans! I love to do these, and I think you like to read them too! So, let’s get cracking on a very special state, one that “seals” the country up for me as I’ve worked around all the border states first. Once I get this state (and Puerto Rico), I only have the interior states to work on. What is this great state? Why it’s …

One of the key southern states, Georgia is the ninth most populated state in the country.

Serving as sort of a yin and yang to one another, U.S. Agent and the Falcon have chosen to put the city of Atlanta under their collective guardianship.
Since the two heroes are on the opposite ends of the political spectrum, they often clash and do so with legendary intensity. As such, much of the populace of Atlanta has taken sides in the rivalry, proclaiming themselves to be “Falcons” or “Agents.”

More often than not, the Falcon and U.S. Agent find themselves hindered by their fellow hero’s fans. Sometimes “Agents” will try to impede Falcon as he works the streets, and because of this, the “Falcons” do the same to U.S. Agent.
Despite this bitter feud, the two do actually work together from time to time, but do it grudgingly at best.
Along with Falcon and U.S. Agent, the company known as Damage Control is headquartered in Atlanta. From this base, it serves most of the U.S., cleaning up superhuman-made disasters whenever needed. Aside from cleanup work, they have also provide assistance in general architecture, promising superhuman-proof construction.
Damage Control’s constant testing of new materials, supplies and design ideas brings a steady flux of superhuman activity into Atlanta. The company often pays superhumans to demonstrate their abilities the company can analyze its work and study superhuman powers.
Notes: The idea of Falcon and U.S. Agent sharing a city really intrigues me. I think that it could work as an excellent series — it’s kind of like pitting Fox News against MSNBC in a single market. Who comes out on top is all determined by how effectively they do their job and win over the populace. While they are rivals, the important thing to remember is that they are also willing to work together no matter what they think about one another. They both think the other is an idiot, but they also know the other is exceptional at what they do.
As for Damage Control, since NYC is no longer Superhero Central in the U.S., the company opted for a location that allowed them quick transit to anywhere in the country. Since Atlanta has year-round good weather, a major shipping port, an international airport and train system, it’s perfect to work as a base of operations.

As other mutants have set up safehouses in other cities (here too), the mutants known as Ariel, Wither and Litterbug have set up a similar safehouse in Augusta. As the leader, Ariel, who was presumed dead by the X-Men a few years ago, does her best to stay totally undercover in all her activities. Instead, she lets Litterbug and Wither do the “field work” while she actively uses her teleportation powers to jump mutants and former mutants (de-powered on M-Day) to safety zones and away from persecution by regular humans.
Ariel, in particular, uses her skills to shuttle “evacuees” just outside the X-Men’s mansions, to other safe houses, safe countries and even into other dimensions.
The three maintain a safehouse in what appears to be a decomissioned factory in Augusta. Inside, however is a full dormitory that can house up to 30 individuals.
While staying with the Augustians, other mutants and former mutants aren’t allowed outside or to use their powers. The prohibition mostly works, and when it doesn’t Litterbug and Wither are in charge of containing them.

Likewise, Litterbug and Wither (with occasional help from Ariel) work to protect Augusta from superhuman threats when they can. 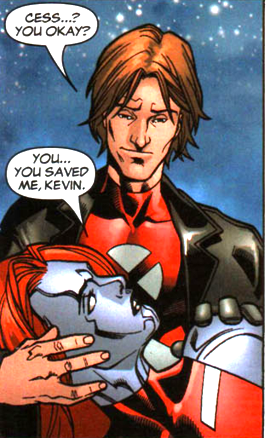 Notes: The intriguing news is that when I planned this series, back in 2009 or so, the rarely-used Ariel was still alive in the Marvel Universe. In that time then she was killed off,  but when has that stopped any superhero? Especially one that can teleport and use a mutant-powered persuasion on you too. It’s easy t fake a death with those kinds of powers. In fact, her WikiPedia entry says that’s exactly what happened. She cleverly let the X-Men think she was dead only to reappear a year or so later. Yep, that’s how comics roll!

Wither, like many mutants, struggles with some overwhelming powers. Those struggles naturally makes him want to reach out and help all mutants, whether or not they’re using their powers for good.
Litterbug, originally a Morlock, is the kind of guy that can be held in check by the right people, and Ariel and Wither are just those types. But is he falling for Ariel? Of course he is! 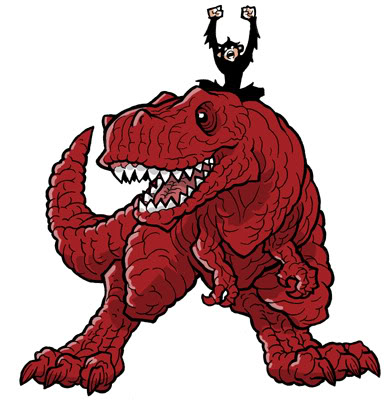 It’s probably hard for most of the country to believe that the residents of Georgia let a gigantic, red, inter-dimensional, hyper-intelligent tyrannosaurus rex hang out in their town. Well, that’s what not one, but two of Georgia’s cities do. With a homebase in Columbus, Devil Dinosaur and his compatriot, Moon Boy, commute to college classes in Athens, which takes most drivers about 2 hours. For Devil Dinosaur and Moon Boy, it’s a much shorter hop since they take a renovated PogoPlane on their near-daily trips to school and back again.
In Reed Richards’ mind, the old Fantastic Four transport serves two purposes. First, it requires a biometric print by one of the adventurers to operate, meaning the F.F. can keep close tabs on the duo. Second, it keeps Devil Dinosaur and Moon Boy away from the general populace and generally out of trouble.
In Columbus, the two reside just a few minutes outside the U.S. Army’s Fort Benning in a sub-basement of the Downtown Columbus’ Springer Opera House. Yes, that’s what we said, Devil Dinosaur and Moon Boy live in the basement of an opera house. Why? This is because both are enrolled in the University of Georgia’s drama program. In fact, part of the reason they took up residency in Georgia (aside from the nice weather) is because of the unique deal offered to them by university recruiters, the government of Augusta and Reed Richards. The basics of the deal are this: Get an education, protect the city (well, cities) where you reside and provide public relations services as needed.
The deal, thus far, has worked out wonderfully. Devil and Moon get a place to live, a community that welcomes them, an education and an opportunity to stretch their adventuring muscles.
As such, Devil and Moon have seen a lot of action in the entirety of Georgia and are often called upon to help out when dire situations arise.
Throughout the state, the two are known for their fun-loving attitudes and are viewed quite favorably. Sure, Devil might gobble up a few farmer’s pig on the way. And yes, Moon tends to get a little frisky with the ladies, but both get their jobs done well enough.
Notes: First off, thanks for the great image Joel R. Carroll!
Devil Dinosaur and Moon Boy are a weird addition to the Marvel Universe and they shouldn’t be taken too seriously. I figured the best way to do that is to send them off to college. From there, they can have all sorts of college-brand adventures. Maybe one story they pledge a fraternity and find it’s actually an AIM recruiting organization. The next time, they find themselves being bullied by the football team. Another adventure shows the budding thespian trying to put on a one-act play for the folks of Augusta — but, really, who can play opposite Devil Dinosaur? Next, they’re recruited by the ROTC to do live-ammo artillery practice at Fort Benning. Nothing too serious, and a lot of fun

A one time associate of U.S. Agent, Wysper was always more comfortable working as part of a team, but time after time, things went sour. Fed up with things always getting out of control on her, Wysper decided that she would instead go solo. With that decision, she returned to her hometown to make her mark. Working as a vigilante isn’t her career though. Instead, she makes a living as a corrections officer at the Chatham County Prison (her minor criminal record having been expunged). As the immediate area’s primary hero, she works in multiple contiguous counties and also focuses on the criminal activity at the Port of Savannah.
Notes: There’s not a whole lot to go on in regard to Wysper. Even in comics, she’s had a short career and we rarely get to see “what’s going on in her head.” The way I would primarily portray her is as a hero who finds it extremely difficult to trust others, especially the hero types around America. And not just a sort of “grumpy” mistrust, but as a person who actively avoids teaming up — even sneaking away when they turn around and not saying goodbye or even speaking in the first place — because she simply has been burned far too often.

Has Relocating the Marvel Universe looked at your state yet? Visit the series hub! 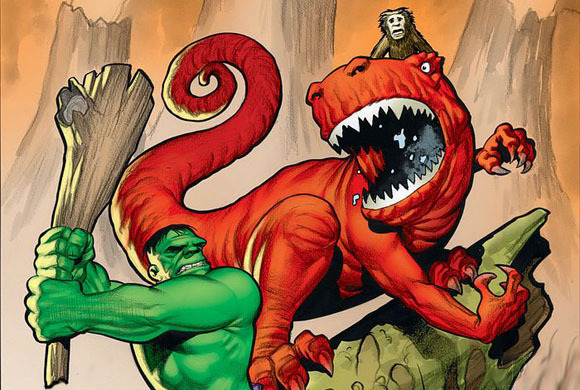