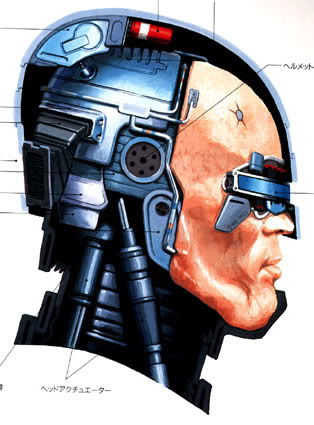 The RoboCop Technical Photo-File is a neat softcover book from BanDai that is more than a typical photo book for a movie.
Sure, it tells the story of the movie, gives a cast overview and includes storyboards and a director interview.
But it also offers an amazing array of technical drawings of RoboCop, ED-209 and RoboCop’s specially modified three-shot gun.
Of course, it’s all in Japanese — but you know what? It’s visuals more than make up for it. It would be nice to know the details they provide, but the imagery is just fantastic.
In all, the book is simply awesome. Why? Because it’s essentially a blueprint for anyone designing a RoboCop statue, action figure, model or costume.
You want to see what Robo’s underarm looks like? It’s there thanks to illustrations by Yuji Kaida.
Interested in a close up view of RoboCop’s foot joints — Yep, Yuji maps it all out for you and sticks to the original model.
And by studying it all these years, I can say this: Damn, that is one amazing costume design. This armor was just brilliantly designed.
Whoever originally sketched it up did a great job. It’s utilitarian and it also conveys authority and power. It’s also sleek and sophisticated, without looking like a jumble of wires and armor plates, the standard pattern for many Star Wars droids and cyborgs. Further, the RoboCop armor doesn’t look rubbery or thin like so many lesser “armor” designs.
Instead, it looks solid. It looks secure. It almost looks like the fender designs for a great sports car.
All these years later, it looks like armor that a police officer would actually wear. It’s intimidating, protective and functional and that’s the definition of RoboCop.

As best as I can tell, the Technical Photo-File was produced in 1987 upon the release of the first film. It’s full color inside, has a black and white softcover and color slipcase. 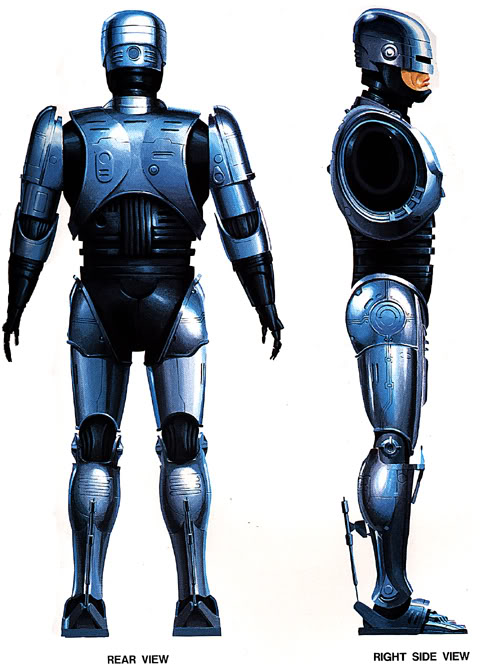 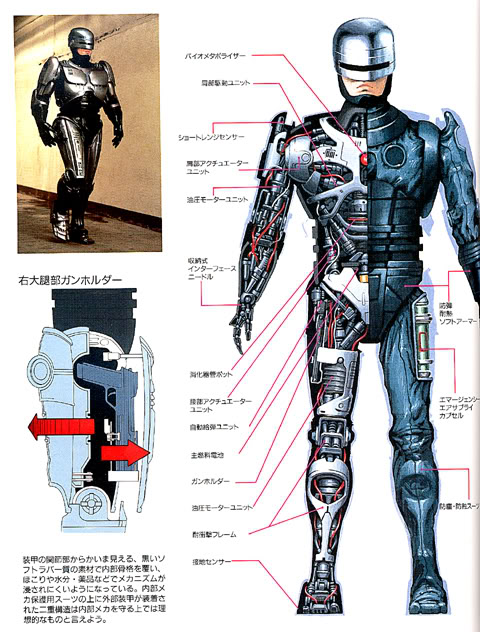