For those of us who like to relive our childhood, it’s always nice to see a revival. Whether it’s the return of Furby or the comeback of the Spice Girls in another 10 years, you can’t help but smile when you see something from your past back in the limelight.

That’s what’s happening to me. Everywhere I look, there’s something being brought back from my formative years.

There are new “Star Wars” movies. They’re putting Hardy Boys mysteries back on book shelves. “The Cosby Show” is on Nick at Nite. Everything old is new again. 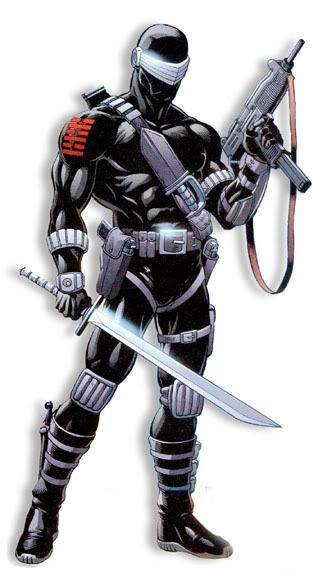 From THUNDERCATS to G.I. JOE, the comic-book industry has tapped into a gold mine of characters, plots and merchandising by buying up licenses to produce comics based on 1980s-era cartoon and toy lines.

The best of the current batch of revivals came with the debut of the G.I. JOE comics early this year. They’re back, fighting the dastardly forces of Cobra as it hatches goofy plot after goofy plot to take over the world.

Returning to the fold were several old Joe members, including fan-favorite Snake Eyes.

Snake Eyes was kinda like the Fonz of the G.I. Joe clan, he was always the coolest of the cool. Snake Eyes was the guy who dressed from head-to-toe in black, carried more weapons than you could fit in a Humvee, and wore a griddle on his face.

In fact, Snake was so cool, he never talked. Not ever. I don’t know why not. Was he offering a silent protest to the ever-growing hole in the ozone layer? Perhaps he was trying to solve that classic math problem about one train leaving Chicago and another leaving New York. Or maybe, just maybe, he was as dumb as a rock.

It doesn’t matter because as a kid, all I knew was that Snake Eyes was cool. I knew this because he was one of only two G.I. Joe action figures I owned, and one of them naturally had to be the cool one. The other, by the way, was Breaker, who had the distinction of being the lamest of all the Joes, so my “coolness” was evened out. Anyway, the new G.I. JOE comic picks up after the Joe team was disbanded, and Cobra was seemingly destroyed.

But, as is standard “modus operandi” for comic-book creeps, the forces of Cobra were just fooling the Joes and formulated a new plan where they sell themselves as a benevolent organization. This bit of public relations wizardry comes about after they create a disaster, only to help fix it so they earn the trust of the dull-witted populace. But G.I. Joe’s top dog, General Hawk, sees through the ruse and reassembles the Joes. It’s not long afterward that the G.I. Joe squad is out smacking the Cobras into submission — just like the old cartoon, and boy is it fun.

The “G.I. Joe rebirth” new comic — produced by Devil’s Due, written by Joshua Blaylock and with art by a variety of artists — is great stuff. With most of the original characters back, it retains the style of the old cartoon, but keeps it real (or as real as a comic book gets) with witty dialogue and deadly action.

More than meets the eye

Following on the heels of the G.I. Joe rebirth is the return of the TRANSFORMERS a comic book that follows the events of 20-foot-tall robots that can change into anything from Lamborghinis to Walkman tape-players.

The Transformers, who were marooned on Earth centuries ago, were reactivated in the 1980s, when their two factions, the Autobots and the Decepticons, resumed their intergalactic war, with us poor Earthlings caught in between them.

The comic book picks up with the Transformers after a failed attempt to return to their home planet. Their space ship crashes and deactivates the whole lot. (Which points to the Transformers biggest design flaw, if you ask me. All you gotta do is pat ‘em on the back, and they switch off quicker than a microwave after your popcorn is done.)

The Transformers are eventually found by some nasty weapon dealers who reprogram the tin-plated Goliaths for their own bidding. The mind-controlled Transformers, both Autobots and Decepticons, are then sent out into the world to do all sorts of nasty activities — their favorite of which seems to be squishing the heads of any human who opposes them. Not a particularly nice way to buy it, if you ask me.

It’s a decent plot, but I almost think it would be better if the robots were found by some rogue Disney workers who could secretly switch them for the animatrons in The Hall of Presidents. Just imagine, George Washington could transform into a Porsche that runs down Redcoats and Abe Lincoln could fold up his legs and become a boom box that plays the Gettysburg Address.

The new Transformers comic is produced by Dreamwave Productions with story by Chris Sarracini and incredible art by Pat Lee. 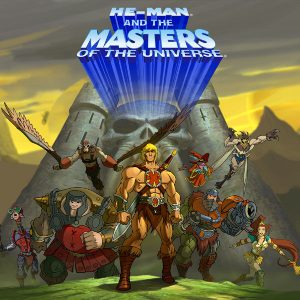 Meanwhile, over on Eternia, He-Man is coming back big time. A few weeks ago, the new Masters of the Universe toy line debuted and was followed shortly by the debut of a movie-length cartoon on Cartoon Network. That, in turn, was followed by a new cartoon series that airs Fridays on the same channel.

The new version wipes out most of the schlocky “He-Man and the Masters of the Universe” cartoon Filmation did in the 1980s, in favor of a “Crouching Tiger, Hidden Dragon”-style of action. In addition to the new toys and cartoon, a new He-Man comic by Image Comics will debut in November. Italian Emiliano Santalucia will be doing the art chores, and the story is from He-Man fan extraordinare Val Staples.

Now as a kid, I hated this show. It featured Lion-O, the baritone leader of the Thundercats, as he battled the vile Mum-ra.

For the most part, the episodes were preachy tales with uninteresting plots, and the DC Comics series wastes no time following suit. THUNDERCATS is written by Ford Lytle Gilmore, with art by Ed McGuinness.

There’s more already in stores, too. Favorites like BATTLE OF THE PLANETS also known as G-Force, and MICRONAUTS also popped up in stores early this year.