So you wanna be an comic-book artist?

It seems that inside every comic-book fan is a comic-book artist waiting to get out, and Marvel Comics is eager to see that artist jump out into the latest issue of IRON MAN, CAPTAIN AMERICA or THE HULK.

Marvel, the company that publishes series like SPIDER-MAN and THE X-MEN, is always on the hunt for new talent, according to Marvel president Joe Quesada, who recently re-wrote the company’s “submissions guide.” 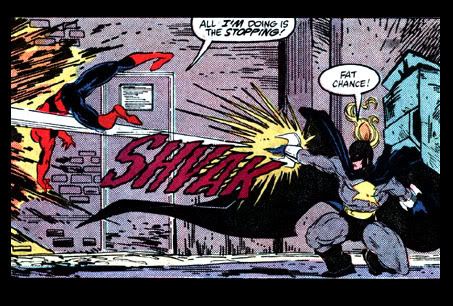 The submissions guide is a set of rules that every wannabe comics pro scours more than once. In it, Marvel sets forth its guidelines for what it’s looking for in an artist.

Of course, the company isn’t just looking for artists for its funnybooks — inkers, letterers and even writers are welcome, too. Unlike its chief rival, DC Comics, Marvel has even opened its doors to new, unproven writers — just so little Timmy might live his life-long dream of scribing the tale where the Silver Surfer battles the sinister Hydro-Man.

Marvel Comics makes it easy to submit your work

Scott Elmer, the submissions editor and interim art director at Marvel, says he gets anywhere from 20 to 50 work submissions every day — some good, but many from kids whose mothers take their latest renditions of Wolverine off the refrigerator and send them in. “Others are kids fresh out of art school hoping to land a job,” Elmer says. “Others are industry veterans hoping to return to the field after working in advertising and other careers.

“In the summer, there’s a bit more submissions because the kids are out of school,” says Elmer, who’s been working for nine years at the comic-book company as an inker and in the art corrections department.

According to the guide, there are three main things Marvel looks for in an artist — ability to tell a story with drawings, ability to draw anything and everything, and ability to draw Marvel’s characters properly — after all, they don’t want to see Captain America with a Batman logo on his forehead or Spider-Man with elf ears.

The toughest job to get in the comics field is easily that of writing the adventures of super-heroes.

“Editors are often looking for someone who’s already in the field,” says Elmer. “Many of those editors are just trying to get their books out so they don’t lose their job, so they need someone who can be reliable.”

In fact, nowadays you practically have to be celebrity to get a job as a writer — some of the best known writers of comics come from television and movies. Joss Whedon, chief writer of BUFFY THE VAMPIRE SLAYER, Kevin Smith, writer-director of the movies “Clerks” and “Jay and Silent Bob Strike Back,” and J. Michael Stracyznski, the brain behind “Babylon 5,” have all taken on roles as comic writers.

For those of us who aren’t directing movies and piloting hit TV shows, Elmer suggests “do some other body of work at a smaller press.”

Most of the non-celebrity comic pros have risen this way, including such hot creators as Brian Michael Bendis, who writes ULTIMATE SPIDER-MANand Todd MacFarlane, who created SPAWN

When submitting writing proposals, “We’re looking for brief little stories that are kick-ass,” Elmer says, “Otherwise, it’s just not going to get noticed.”

“A submission has a one-in-a-thousand chance of getting work here,” says Elmer, noting that the last “find” at Marvel’s submission department was Leinil Yu, who got a job as a penciler for “Wolverine” — and that was before Elmer started his job in November 2000.

“Sometimes we get some wild stuff that we keep in what we call ‘the Bizzaro file.’ These are really wacky ideas that were too good to throw away,” Elmer said. He wouldn’t, however, tell just what kind of stuff was in the Bizarro file, except to say it was “just strange, and good for a laugh now and then.”

So strange, he said, that for a while, some editors figured it might be fun to put together a “Tales to Astonish” comic that put those oddities inside, but the legal issues with release forms prived too difficult to obtain.

Marvel’s re-written submission guide also includes the Idea Agreement Form, which basically exempts Marvel from any liability if it accidentally duplicates a submitor’s idea in the future. It’s this form that Marvel hopes will protect it from the kind of lawsuits filed against DC Comics, in which the filers have claimed that DC stole their ideas. The problem of lawsuits became so vexing for DC that the company completely shut down its submissions department.

Not so with Marvel, says Joe Quesada in his re-written guide: “Unlike the other companies that have closed their doors to new and up-and-coming talent, we here at Marvel are always looking for the next Stan ‘The Man’ (Lee, co-creator of Spider-Man and dozens of other Marvel characters)!” 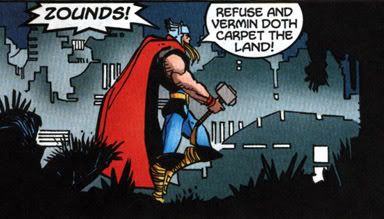 For that, Mr. Quesada, the little guys with big dreams of working in comics thank you, because we’re already sharpening our pencils and pounding our keyboards.