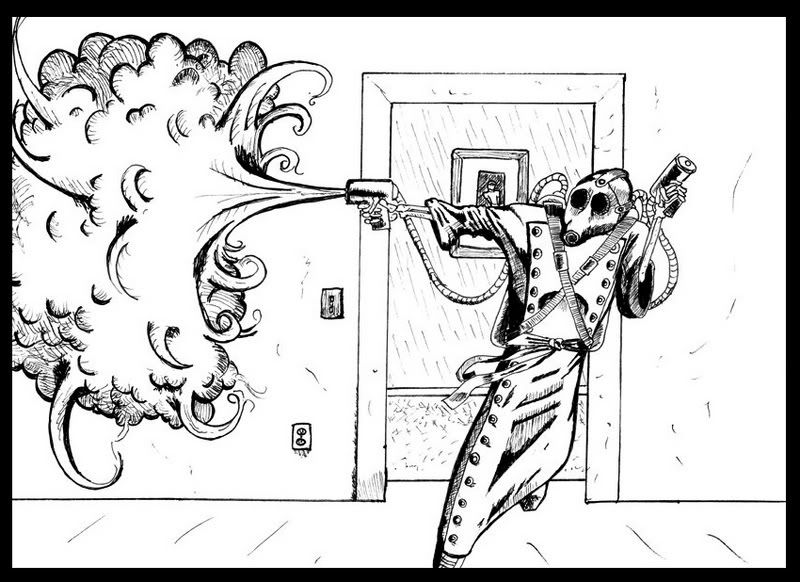 This is a skeletal terror named after the urban legend called the Mad Gasser of Mattoon. It’s quite a strange story where people blame their sudden sickness on a mysterious individual who releases poison gas in their house. Learn more about the Mattoon madman.

My version of this urban legend is simply called Mattoon. Mattoon uses gases to completely alter the perceptions of the people around him, forcing them to see him as a living skeleton in a trench coat. Meanwhile, he mixes gases to create additional effects, such as fear gas, laughing gas, weakness gas and so on.

Fear the Mattoon, the mad gasser!