When I read a story about comics in the mainstream media, I sometimes cringe at what I see. For some reason, reporters love to bring in a certain 35-year-old reference to make their job of introducing the subject a little easier. Boy, do I hate it when they do that. Well, guess what? I’m gonna do it too, so here goes … 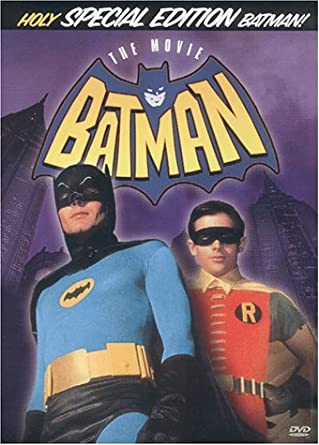 Holy Interactive Menus, Batman! Your 1966 movie is coming out on DVD! … There, are you happy? No?

How about I throw in a few sound effects — Bap! Pow! Smash!

OK, now that I’ve got that all cleared up, we can get to a serious review of this way cool “Batman the Movie” DVD, which hits stores Aug. 21, 2001.

Then again, given the subject matter, I can’t be too serious can I? This isn’t the Michael Keaton-Jack Nicholson blockbuster from 1989 after all. Nope, this is the Adam West-Burt Ward feature-length flick that, among other things, lets its viewers puzzle over this little brain teaser from the Riddler: What has yellow skin and writes? To which the Robin enthusiastically responds “A ball-point banana!” and Batman nods “Precisely!”

Thanks to this DVD edition, it’s now that I realize that I was never supposed to figure those riddles out. I mean, that is quite a quite a logistic leap — whoever heard of a ball-point banana? How would you use it? And just imagine all those itty-bitty fruitflies in your school backpack once it goes bad. Geez, all those years of thinking I was a moron thanks to Batman and Robin, maybe I could have made it into Harvard after all.

Anyway, aside from life-altering revelations, this is a pretty neat DVD that’s jammed with some neat stuff. Best of all is a movie-length audio commentary with West and Ward, where they reminisce about their life in tights and joke about the “theater of the absurd” that the movie, and its companion television show dwelled in. Besides that, there’s a tour of the Batmobile, the coolest car this side of Herbie the Lovebug, a documentary on the series, a theatrical trailer and a still gallery that shows you that, underneath the cape and cowl, West was one good looking guy.

The film’s plot? Catwoman (Lee Meriwether), Penguin (Burgess Meredith), Joker (Cesar Romero) and Riddler (Frank Gorshin) all band together to take over the world and only the Dynamic Duo can stop them. Along the way, viewers are treated the submarines, a Bat boat, Bat Shark Repellant, a gun that dehydrates people, rockets shaped like umbrellas, the let’s-put-Burt-Ward-in-mortal-danger mobile (better known as the Bat cycle) and possibly the best quote in all of moviedom “Some days you just can’t get rid of a bomb!”But wait, stay with me here, cause this column is a 2-in-1 deal. 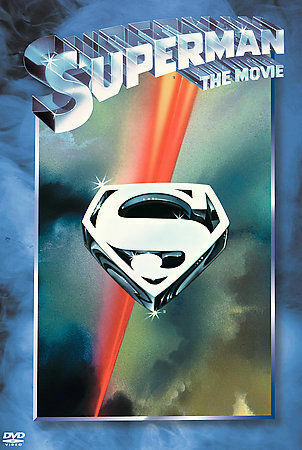 Earlier in 2001, the “Superman the Movie” DVD came out, and boy is this one fantastic disc. Aside from the standard director commentary and documentary package, this gives a few special items, including screen tests for Superman and Lois Lane, roles eventually won by Christopher Reeve and Margot Kidder. Even better, we get to see the screen tests for actresses who tried out for the role of Lois, including such notables as Leslie Ann Warren and Stokard Channing. Lois Lane, ace reporter, played by Rizzo? It woulda never worked, even if grease is the word.

But my favorite has to be the trailer. Sure, I know every DVD has the trailer to the film on it, but this is one trailer that took my breath away. “His name is Kal-El,” the trailer says as we see Superman in the Fortress of Solitude. Then he takes off, flying toward the camera “He will call himself Clark Kent, but the world will know him as … Superman!” it says as he flies past. If you’re a comic you’re a comic fan, it’s quite a moment.

Toward the end of the movie, I flipped on the director’s commentary and listened a bit. In particular, I wanted to see what Richard Donner, the director, had to say about the whole “spin the earth backwards” thing that the Man of Steel did to turn back time.

I wondered if Donner actually thought that would work, instead of just causing every single object on Earth to fly into outer space (or be smashed into bits) thanks to the momentum of the planet’s rotation. But he didn’t have anything to say about this gap in his knowledge about basic scientific principles.

Now that I think of it, that’s OK, because Donner made me believe a man could fly, and that’s the only reason to own “Superman the Movie.”