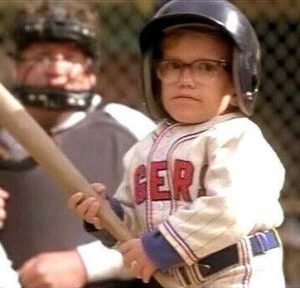 You gotta love a film who’s main character tells just about every person he meets that he’s a hero and God has a plan for him. Simon isn’t bragging when he does this, he’s just telling people what he knows to be true.

It’s that and its subtle humor makes “Simon Birch” such an enjoyable film. This is a simple story of a boy finding his long-unknown father, but it’s wrapped in questions of God and how He works. And these questions are all brought up by a Forrest Gump-type of character who has a wisdom far beyond his ability.

Most of the film’s charm is from Ian Michael Smith, who plays Simon, and the way he delivers his wisdom. Instead of a questioning tone, he acts like he’s known for a long time and just felt like reminding you.

Smith is supported by his co-star, Joseph Mezzello, who helps keep the film from focusing too much on the cuteness of Smith as he spouts off about God and the human condition. Instead, Mezzello brings a youthfulness that offsets Simon’s maturity.

The movie’s atmosphere also adds to its success. “Simon Birch” drags you back in time to an America where life was about the baseball game, church, riding bikes, swimming and getting in trouble.

It’s all this: Good actors, a time long gone and an enjoyable and thoughtful script that make “Simon” something special. So try him out, he fits any occasion. … Oh yeah, it’s also nice to see a movie set in Maine that doesn’t involve Stephen King — but I’m sure he would’ve liked have been the guy who wrote this great story.