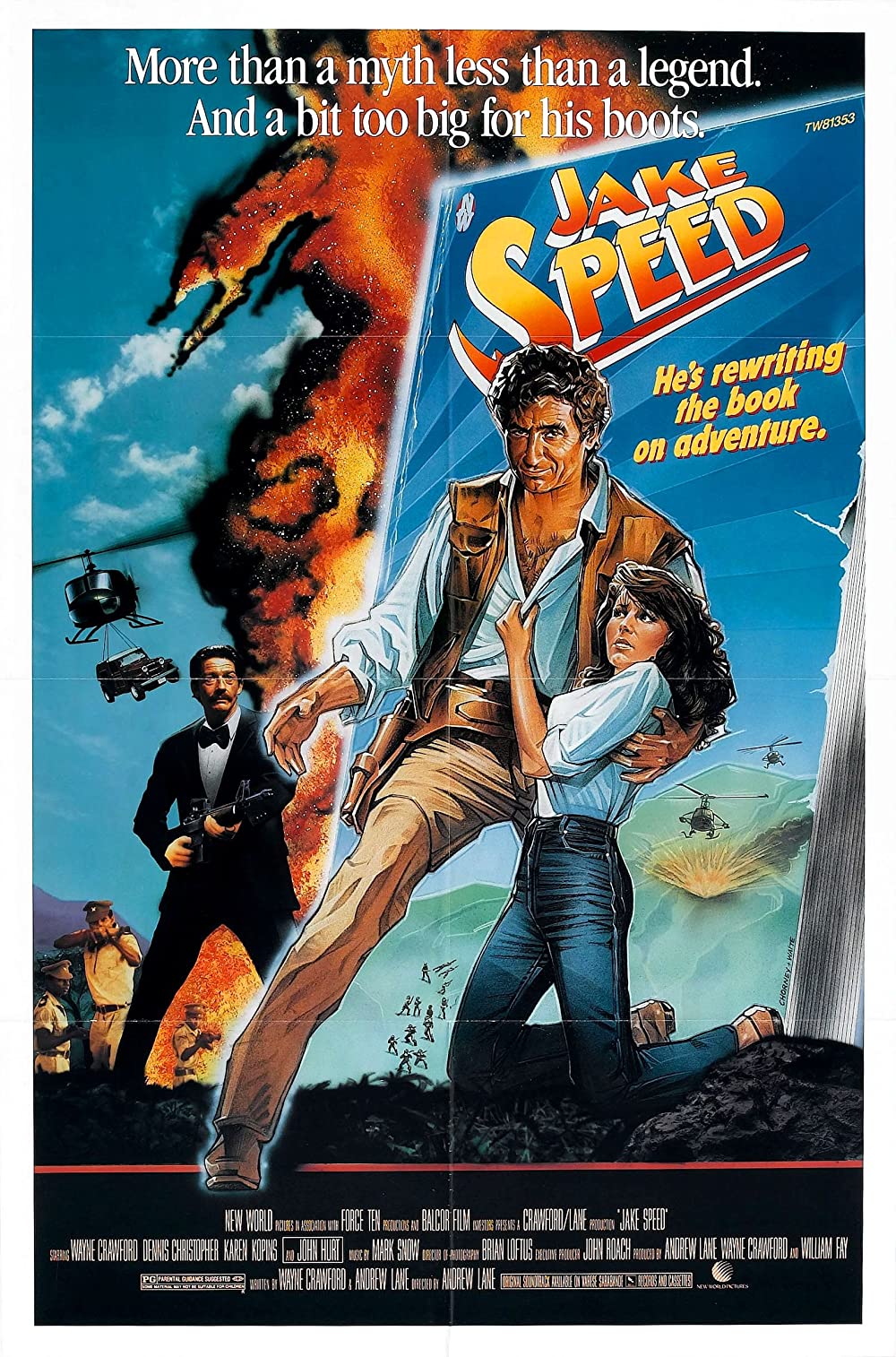 “Jake Speed” is a fine movie with a wonderful message. It has its flaws of course. At times it’s a little slow. It introduces its villain too far into the story. It’s action is paced at the rate of a snail’s heartbeat. It has a Z-grade cast (Although I’ve always admired the work of Karen Kopins, who has the straight-laced good looks of Sandra Bullock). 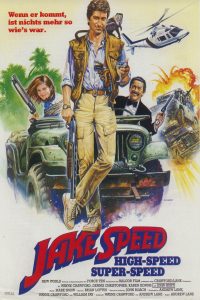 But with all this going against it, “Jake Speed” really is inspiring, thanks to a charming script by Wayne Crawford (who plays the title role) and Andrew Lane.

Why do I find it so inspiring? Because it says to me “Hey, why not try to be a good person.”

The story is essentially a “stranger in a strange land” premise, that is good-and-heroic Jake Speed is placed in the real world where bad things happen to good people. Jake is more than a Boy Scout. He’s more than a knight in shining armor. Jake Speed is the patron saint of optimism in a dirty, mean and evil world.

It’s because of this that “Jake Speed” really needed to be a hit. It has a great message that should have gotten out to Hollywood and then to the rest of the world. 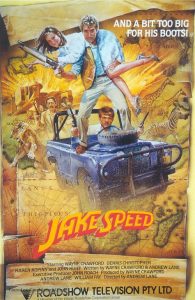 Imagine a movie industry that really pushed itself to portray good and decent people. I’m not saying that we should be watching the Waltons in every theater at the cineplex, but that it would be nice if more movies such as “Jake Speed” would get a chance. (“Due South,” a TV show about a Canadian Mountie, is a good comparison of what can be done to brighten up American entertainment.)

Sure, “Jake Speed” has violence, blood and guns, but the overall message is that if you try hard enough to be a good person, you’ll beat the forces of evil every time.