In college at I lived in a rental unit with four other guys and we would frequently play a game called “Caps,” wherein you tried to toss beer bottle caps into someone else’s drink. If you made the the toss, you didn’t have to drink your big tall glass of beer. If you missed, then you had to drink the whole glass, which often had several of the metal caps in it. We played the game frequently at our house in downtown Brockport, N.Y., and I wasn’t particularly good at it … for two reasons.

On this particular occasion, we were waiting to go out to the bars in our little college town and it was more or less something to waste the time. 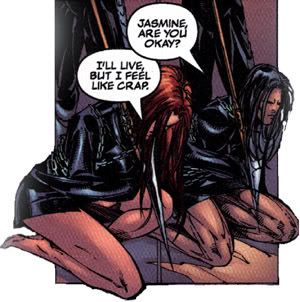 We played a few rounds and I was filling up pretty quickly — and getting a little tipsy. Not knowing this would be my last time, I watched as the cup was getting loaded up with beer caps and alcohol.
Then, I missed. The cap I was shooting bounced away and that meant I had to guzzle again.

My partner drank first and I was left with the rest, bottle caps and all.

Now, as I said, I wasn’t feeling so great, but the rules said it was time for me to drink, so I did.

With the first few gulps, I was okay, but then, it hit me. Or rather, the bottle caps did and I couldn’t take it anymore.

As the last drops of beer trickled through the caps and into my mouth, the bottle caps, which were in a big clump at the bottom of the cup, slid forward and smashed against my mouth.

That’s when the bad stuff started.

As anyone knows, the last bit of beer in a cup is the nastiest, grossest alcohol you can drink, and being woozy already, I just couldn’t stomach this stuff.

Knowing what was coming, I quickly attempted to stand up and dash off to the bathroom. But, the second I had my feet under me, I realized that my foot was dead asleep — you know, pins-and-needles — and I lost my balance.
I spilled back on the floor and felt the vomit welling up in me. It was so much that I had to hold my mouth shut.
“He’s choking on a beer cap!” someone yelled.

I wasn’t but the look on my face must’ve read like that. My roommates were in a panic. Well, wait, I take that back. They were actually arguing whether or not I was choking. One of them moved behind me, about to give me the Heimlich Maneuver, but I gave him a quick jab with my free arm as I got back up.

I stabilized myself and limped into the kitchen, realizing I’d never make it all the way upstairs to the bathroom.
With the beer-puke stuck inside me, I made it to the sink, but I couldn’t use it the way I wanted to. It was full of dishes.

In my moment of desperation, I realized two things.

So, I moved on. I turned around and saw the garbage can. I hobbled over and popped the lid.

It didn’t have a liner in it.

Again, in my moment of desperation, I realized two things.

With no place left to go, I shot out the backdoor, and finally, let loose, showering our lawn with vomit.

It was then that I realized two more things: