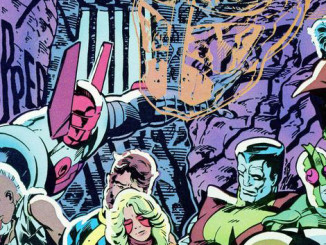 One of Comics on the Brain’s little pleasures in the comic book world is the idea that not every superhero gets to save the world. […]

At this point in the comic-book industry, Marvel and DC Comics have several proven sellers. You know the names — Batman, Spider-Man and all the […]