The comic strip B.C. has been around since the late 1950s and the 2007 anniversary book “Growingold with B.C.” is an amazing display of Johnny Hart’s […]

One of the books that captured the immediate attention of the Comics on the Brain staff was Dynamite Entertainment’s “Damsels: Mermaids.” For the longest time, […] 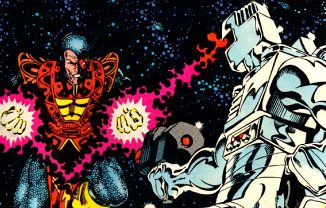 After reading some other work by C.J. Henderson, most notably his New Pulp offerings, Comics on the Brain was eager to grab another one of […]